Damn Fools Rocked Their Hearts Out for Families

Our organization has had the privilege of working with a group of very talented & loving guys over the past few weeks and we are truly grateful for all they have done to support bereaved families through us.

On September 28 Vancouver rock band, The Damn Fools, collaborated with nearly twenty participants of our Youth Program along with music therapists, Amy Brown & Aspen Switzer for a day of fun, recording and healing at Nimbus Recording Studios in Vancouver, BC. The members of the band were compassionate, caring, and attentive to the varying needs and abilities of each participant as they worked closely with the group to express themselves through music. A song which was written by the youth with the assistance of Aspen was also recorded at the studio with the accompaniment of the band.

In addition to the great experience of rocking with such a wonderful group of guys, the band fed the participants delicious pizza and beverages which were well received by all and had been generously donated by the Rick & Sue Foundation. Thank-you very much for supporting our youth Rick & Sue! Each of the participants left feeling full, inspired and extremely excited about their autographed copies of the album, “Off the Floor”.

On October 10th, The Damn Fools were brilliant hosts while also delivering an outstanding performance at a fundraiser that they organized at the Sin Bin Grill. Many of our youth who participated in the recording project attended the event and they were treated like royalty by both staff and band members. Upon arriving, guests had opportunities to bid on a number of incredible silent auction items and also have their pictures taken with movie set vehicles including the A-team van, the General Lee and more. Over $24,000 dollars was raised and it will go a long way to support families through us over then next year.

To support and find out more about The Damn Fools please visit their website by clicking here. 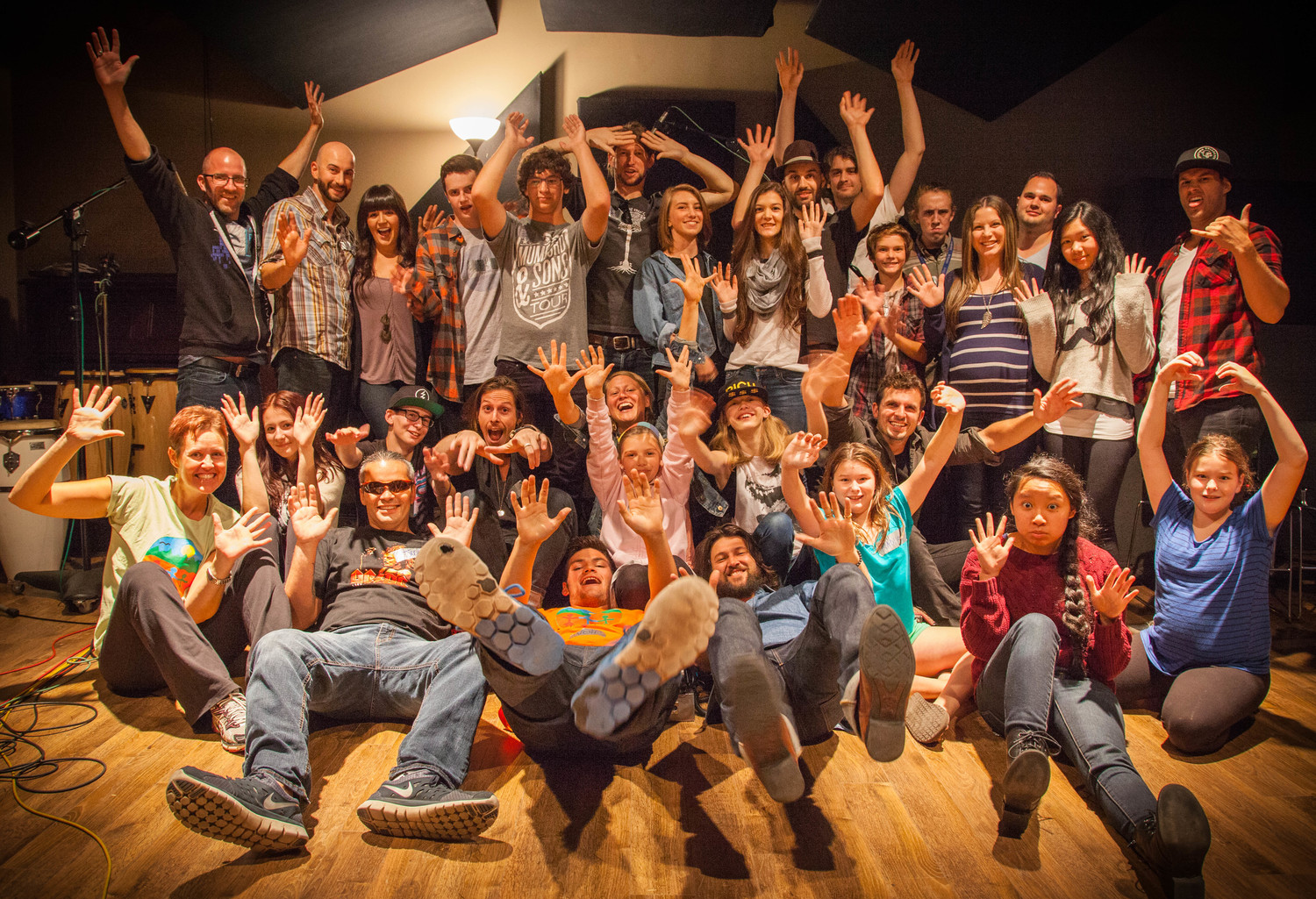