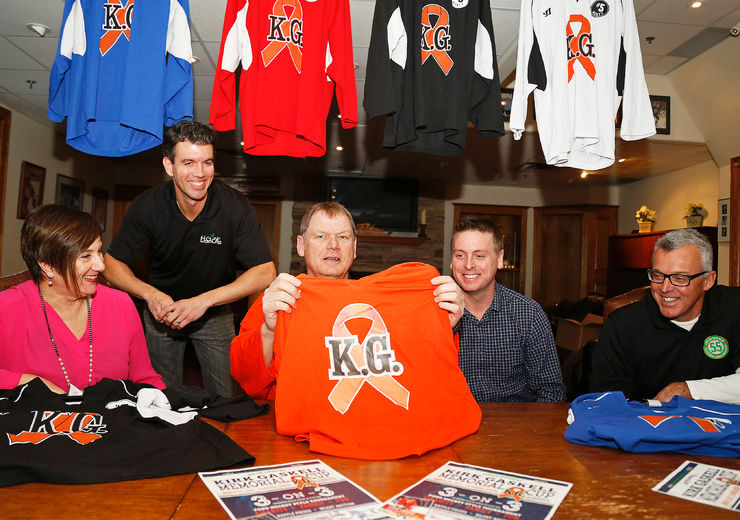 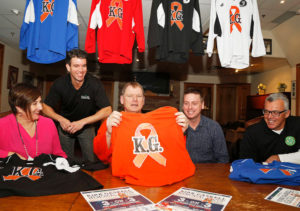 Steve Larmer is introduced as team captain next to manager of development Kerri Davies of CMHA HKPR, Chad Marshall, Chad Cavanagh and Peterborough Petes’ president Dave Pogue during a press conference for the sixth annual Gaskell Memorial Cup for H.O.P.E teaming up with Team 55, the CMHA and Camp Kerry in honour of the Gaskell family on Wednesday February, 22, 2017 at the Memorial Centre in Peterborough, Ont. The cup is named after local sports enthusiasts Kirk Gaskell as a fundraiser to support Kirk and his family during his treatment for Acute Myeloid Leukemia. Clifford Skarstedt/Peterborough Examiner/Postmedia Network