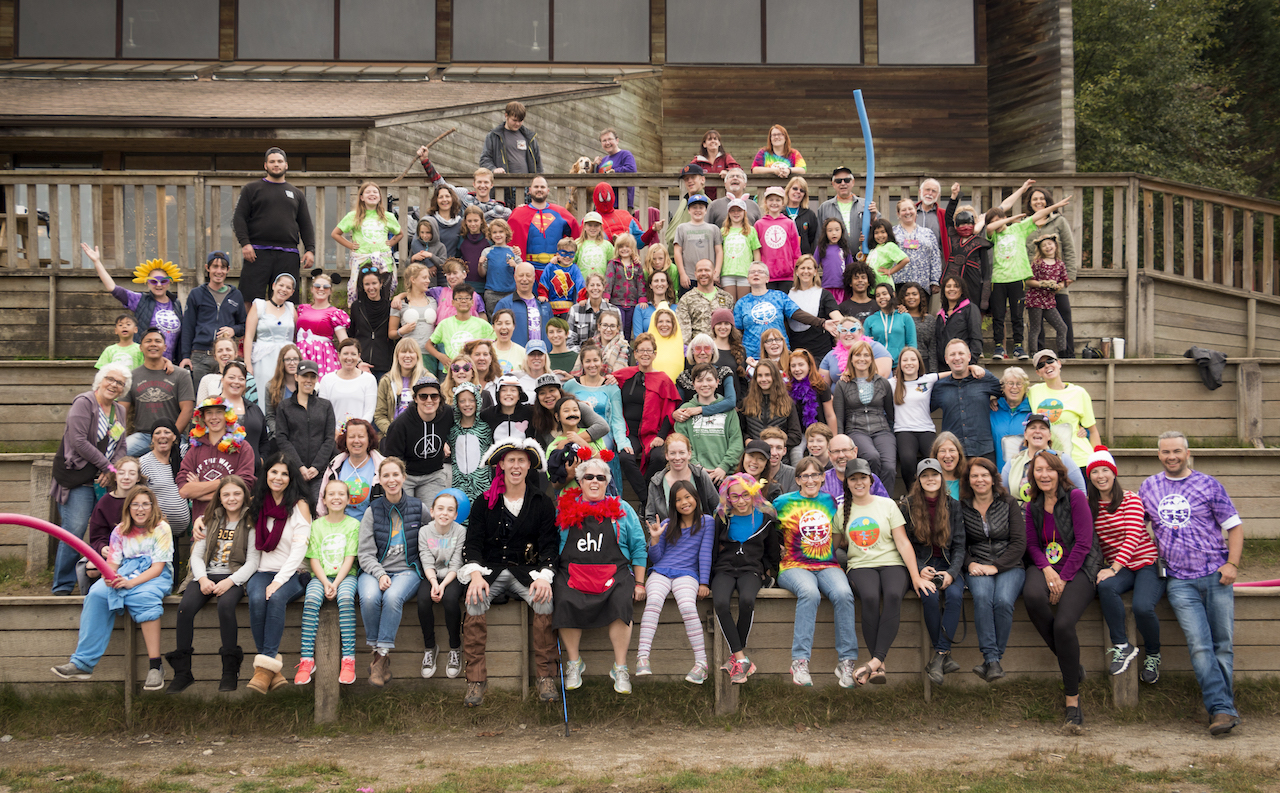 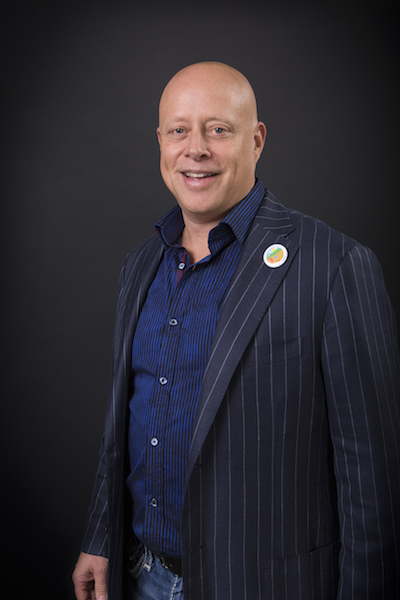 Bob lost his wife “Kerry” after a battle with cancer when she was at the young age of 32 and left Bob with 2 wonderful children, Avery and Hudson that were 3 and 1 years old at the time of her passing. Bob requested that donations from Kerry’s celebration of life service go towards a family bereavement program that Dr. Heather Mohan was running at the time. Heather approached Bob with the idea of having a bereavement program for young families that had lost a loved one and suggested the program be named after Bob’s late wife Kerry. Bob has been involved with the Society since its inception and is a huge supporter of the valuable work and contributions this unique bereavement program offers in the communities it serves.

Shortly after graduating from UBC with a Commerce degree, Bob co-founded his company, Advantage Parts Solutions in 1988, which currently operates across Canada, the US and the UK. He is also an active member of Young Presidents Organization. 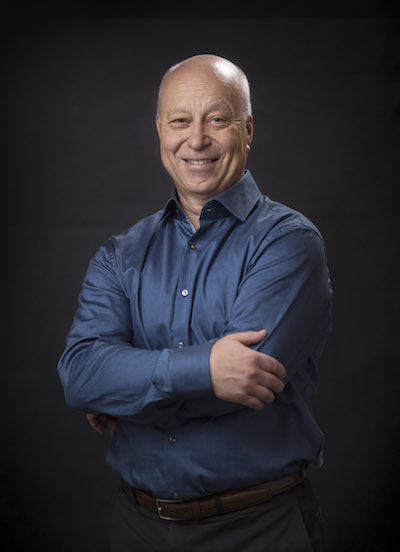 Steve joined Advantage Parts Solutions in February of 2003 as the CFO responsible for Finance and Accounting, HR and Administration. He is a graduate of the University of Western Ontario’s Ivey Business School and holds a MBA with concentration in Finance and International Business. At Advantage currently he has assumed responsibility for the US Operation consisting of 50 markets across 25 states, with a focus on driving top line revenue and profitability.

Steve became President of the Board in the spring of 2017 and has been connected to the Camp Kerry program since its inception. He has seen the positive impact that the Camp Kerry community has had on the lives of so many over these 10 plus years.

Steve lives in Surrey with his wife Claire. Steve and Claire have two young adult children, Jaclyn and Robert, who have very active lives in Halifax and Vancouver respectively. 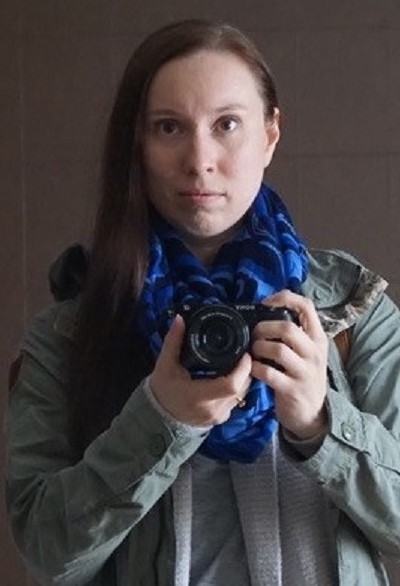 Fancy has worked in public policy since 2010 and is currently employed by Providence Health as Director of Indigenous Cultural Safety Development. Previously, she worked with the First Nations Health Authority in British Columbia, and as a policy analyst with the Government of Canada in Ottawa. She has a Master’s degree in Public Policy and a Post-Baccalaureate Diploma in Social Policy Issues from Simon Fraser University, and a Bachelor of Arts in Political Science from University of Alberta.

She is passionate about improving access to and quality of palliative and end of life care, including support for loss, grief and bereavement, which brought her to Lumara’s Board of Directors in 2020. Fancy is also on the Board of Directors for Dying with Dignity Canada.

Fancy is a member of Mikisew Cree First Nation, Treaty 8 territory, and she grew up primarily in the Northwest Territories. She lives in North Vancouver with her spouse, Etienne, and their cat, Caliby the Magnificent. 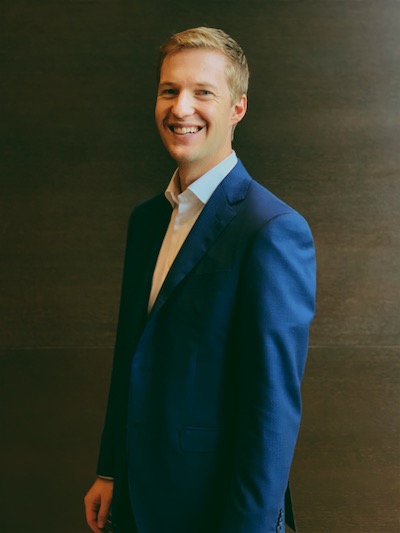 Dan joined our board in 2018 and has been involved with Camp Kerry as a volunteer since 2017. As a CFA Charterholder and Portfolio Manager at Odlum Brown Limited, Dan brings operating and financial experience and a long-term mindset.

He was drawn to Camp Kerry following his own experience with grief – the sudden loss of both his parents while in his teens. Dan is driven to make meaningful connections within the Camp Kerry community and help the Society support grieving families.

Dan lives in Vancouver with his wife Nikki, son Hunter, and daughter Finley where they can commonly be found playing in the outdoors. 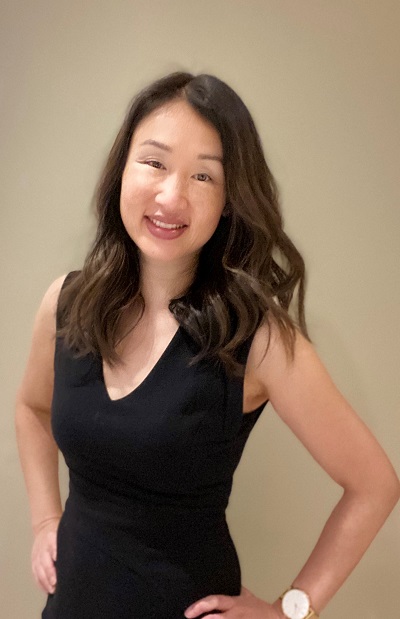 Cindy has been involved with the Society since 2014 after losing her husband Dale. Cindy and their two young daughters attended our family bereavement retreat program, “Camp Kerry”,  for several years as participants and later on as a peer mentor family.
Cindy joined our board in 2020 and is a Senior Human Resource Advisor for a law enforcement agency. She brings years of experience in providing advice and guidance to managers and employees on various HR issues.
Cindy loves exploring the world with her daughters Taryn and Alyssa. They enjoy time spent with friends and family and live in Vancouver with their rescue dog, Rodney, from Mexico. 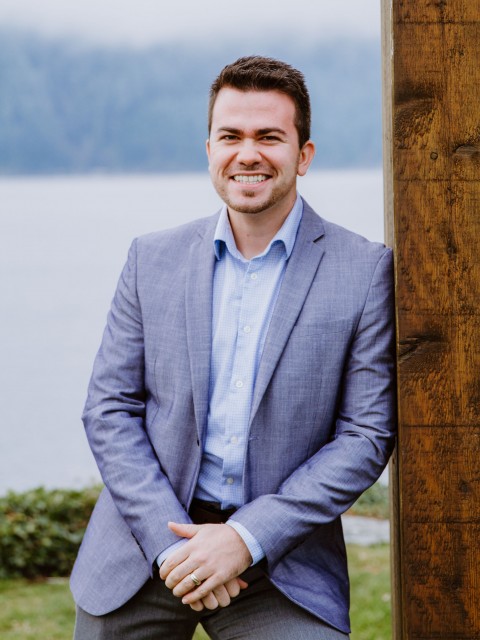 Olivier grew up in Fort McMurray Alberta and moved to Vancouver Island in the fall of 2016. He is a family man. He and his wife, Amy, have a son and daughter, Elliot and Joelle. He has pursued a career in Real Estate and is currently operating out of the RE/MAX office in Port Alberni. He services the entire mid-island. Olivier has a diploma in business administration from Keyano College, a bachelor’s degree in commerce with a major in marketing from UNBC, a license in Real Estate Trading Services from UBC, and is currently halfway through his Certified Commercial Investment Member designation through the CCIM Institute.

Prior to real estate, Olivier worked for other small business companies where he learned the ins and outs of operating a business as a whole. Olivier plans on using his time on the board to help promote the Society on a larger scale and expand the incoming donation streams via networking, marketing, and educating.

Olivier donates portions of his real estate commissions as donations on every transaction connected to Lumara and its supporters. 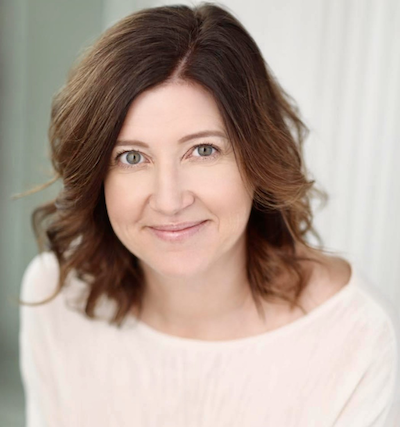 Tamara has been involved with the Society since 2016 as a volunteer and a bereavement facilitator at camp, as well as at the Circles of Strength program on the North Shore. Tamara recently become a part of the Canadian Alliance for Grieving Children and Youth, advocating for more national grief funding and support for children and families. As a Registered Clinical Counsellor and Certified Parent Educator on the North Shore, Tamara works with teens, families and individuals in her private practice as well as through community outreach.

Tamara is bringing her diverse experience working with non-profits as an organizer, volunteer as well as fundraiser, to the board and looks forward to contributing to Lumara in this way.
Tamara lives in West Vancouver with her husband Dave and her two young adult children, Ainsley and Duncan. 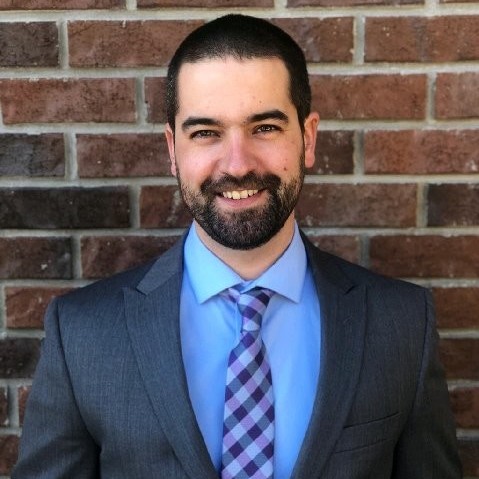 Ben joined the board of directors in 2021. Ben currently works as a policy analyst on the strategic policy team at the First Nations Health Authority, and has experience working as a camp director at the Zajac Ranch for Children, and a facilitator at ‘Breakfast with Dad’ and ‘Dad Chat’, father support programs. He will bring experience in policy analysis, governance, and program development and implementation.

Ben first came across Lumara while working at the Zajac Ranch for Children, an inclusive camp for kids with disabilities and medical needs. He hosted the Camp Kerry family retreat and was drawn to their work after seeing the positive impact it had for individuals and families navigating loss and grief.

Ben lives in Mission with his wife Amber, and three sons, Hudson, Nixon and Nash. 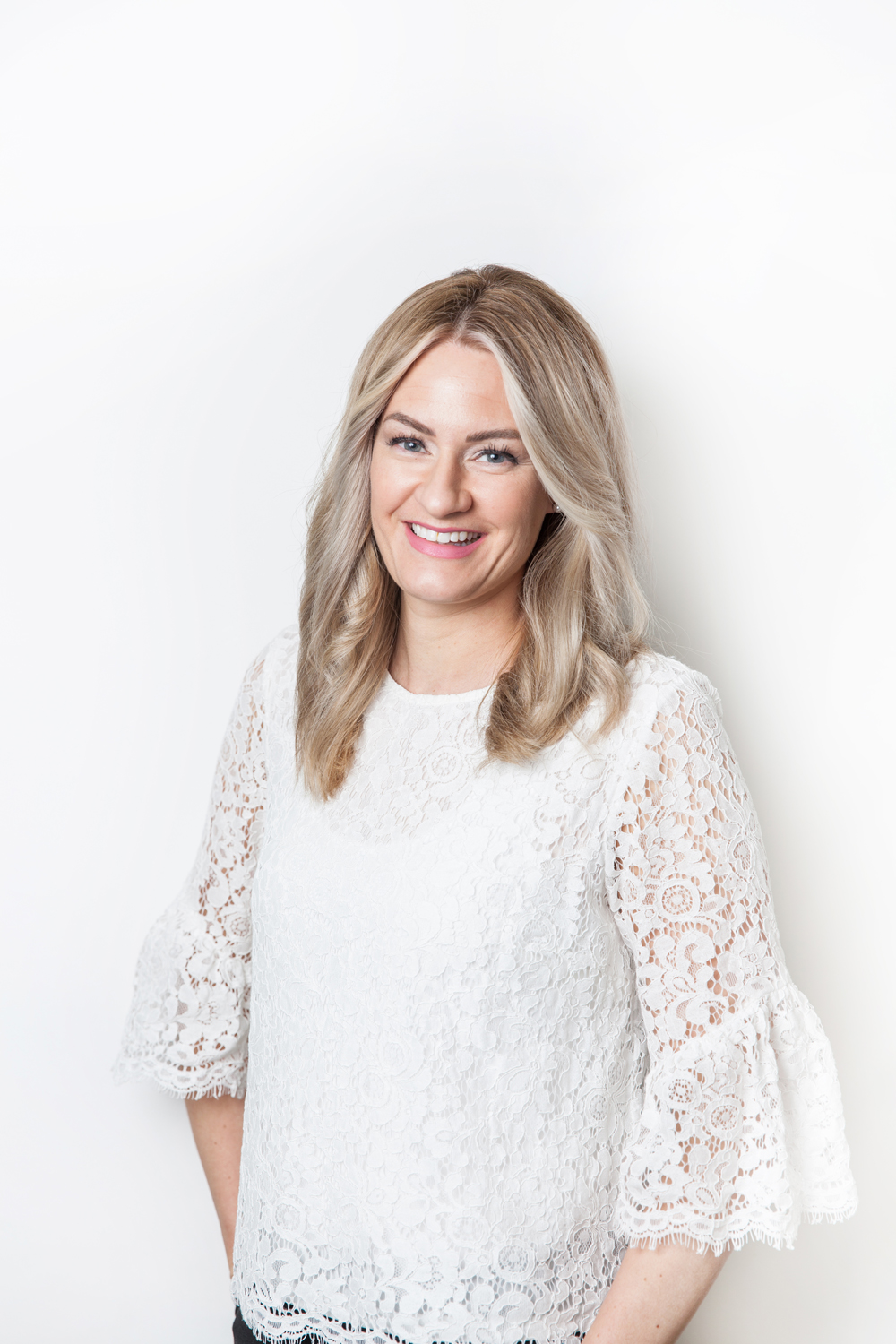 Gwynne joined our board in 2020. As a marketing and communications professional, Gwynne brings with her more than 20 years experience in brand and marketing strategy and strategic communications. She also joins with previous non-profit board experience and experience fundraising for several other charitable organizations.

She was drawn to Lumara by her desire to give back and help others. After her own experience with loss, she is motivated to help bring awareness to the support Lumara provides in hopes of making a difference.

Gwynne lives in the Tri-Cities with her husband Matthew, and their children: Blaike, Beckett and Brady. She can been found enjoying the beautiful Pacific Northwest trails or cheering on her kids on the soccer field. 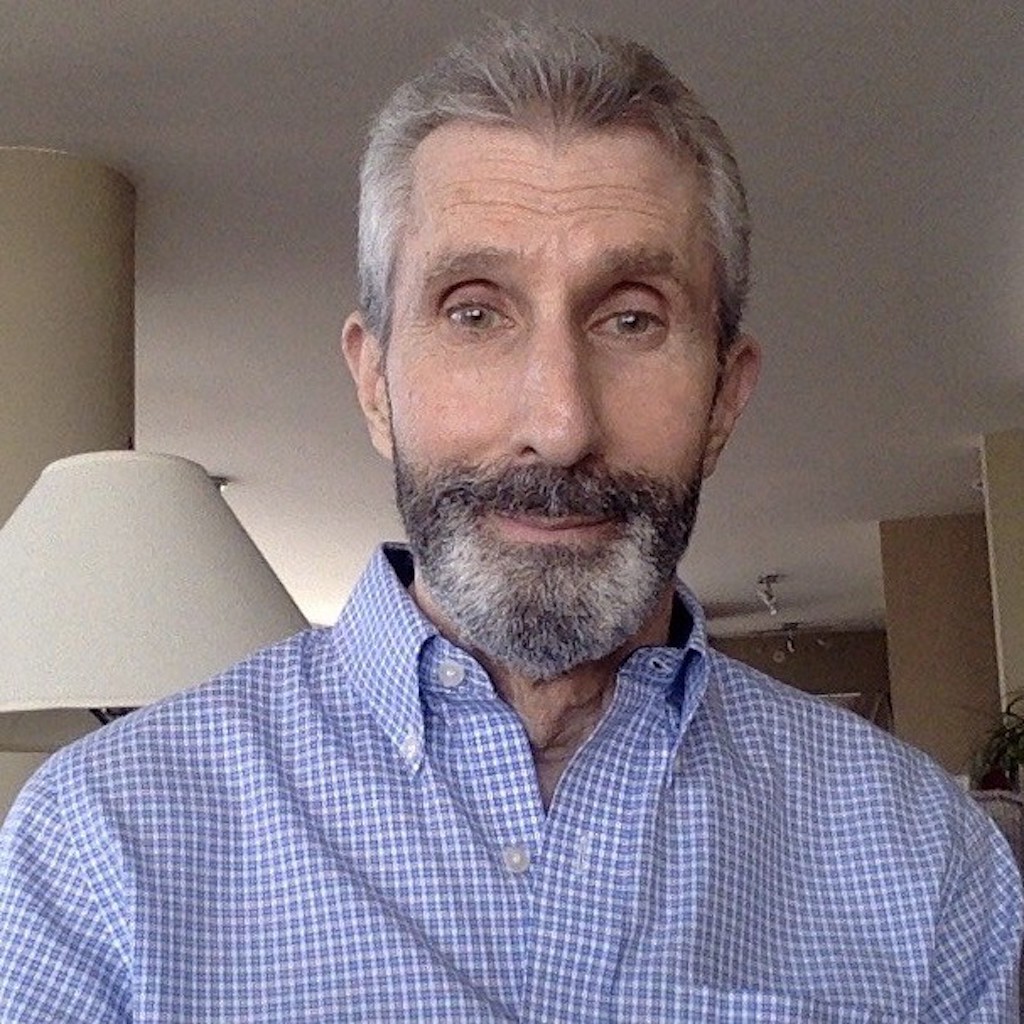 Michael is honoured to be working as a volunteer with the Society for a number of years and looks forward to continuing that work as a member of the Lumara Board.

As with most people, grief has touched his life in myriad ways.  Michael believes that each way has served him as a lesson for becoming more deeply conscious of the connections in his life and who he is becoming as a result of those relationships.  He enthusiastically joins the Lumara Board, an organization which is committed to focusing its concerted attention on continuing to create and discover ways to compassionately support all people grieving the passing of loved ones.

Over the years, Michael has served on several non-profit boards in many capacities and is presently serving as president of his strata council.  He has also worked with several boards as a consultant and a facilitator.

Professionally he is a mediation/facilitation practitioner as well as a mediation/conflict resolution educator in private practice and a leadership coach (EQ Coaching™) working with Indigenous leaders and other leaders in the public and private sector (union and management).  His focus is often working with organizations and individuals during significant times of change and evolution.

Beginning in 1999, he began working with mediators and negotiators in the Middle East presenting mediation and negotiation programs to Arab and Jewish Israelis and Palestinians who remain committed to building a lasting peace in that region even in the darkest of times. Those working relationships continue today.  For Michael and his colleagues, this work is “bridge-building” constructive, long term relationships, evolved from mutual understanding founded upon clarity and genuine, resolute human engagement.