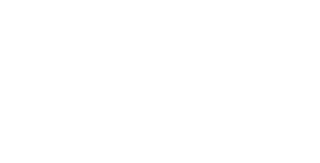 A DAY OF INDIGENOUS HEALTH & WELLNESS

Thanks to the ongoing support of our donors, the Government of Canada’s Healthy Communities Initiative, and the First Nations Health Authority of British Columbia, Lumara is pleased to continue with this popular series, which is ideal for individuals impacted by serious illness, grief and loss and those who care for and about them. These Virtual Wellness Gatherings feature the wisdom and lived-experiences of Indigenous Healers, Leaders, Elders and Artists. All are welcome.

A DAY OF INDIGENOUS HEALTH & WELLNESS

Thanks to the ongoing support of our donors, the Government of Canada’s Healthy Communities Initiative, and the First Nations Health Authority of British Columbia, Lumara is pleased to continue with this popular series, which is ideal for individuals impacted by serious illness, grief and loss and those who care for and about them. These Virtual Wellness Gatherings feature the wisdom and lived-experiences of Indigenous Healers, Leaders, Elders and Artists. All are welcome.

First Nations’ throughout Canada have long been disproportionately and deeply impacted by grief and loss in their communities. The global pandemic has further compounded this situation: creating deep wells of social isolation, heightened anxiety, stress and painful separation from cultural traditions, family gatherings and rituals that are an integral part of First Nations healing and wellness practices.

Recent findings of child remains near former Residential School sites has further perpetuated trauma, while also igniting a spark that calls for healing.

“The children revealed themselves to us for a reason, and we must find a way to heal – the time is now”. ~ Joanne Godfriedson, Resident Elder, Lumara Grief & Bereavement Care Society

At Lumara, we have long- believed that there is a direct correlation between our ability to respond to traumatic events with courage and resilience, and our experience of being embedded in a nurturing community.

We invite you to join members of our team alongside our panel of incredible Indigenous Elders/Leaders/Healers/Artists  as we gather in community for another season of our Indigenous Health & Wellness Series, which will provide insight, knowledge and inspiration for all those seeking light in the darkness of grief and hope for the future. 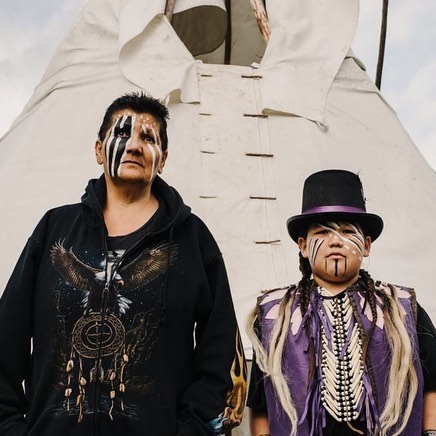 “Connection, Healing, and Love for All People”

The Indigenous hand drum group featuring roaring eleven-year-old vocalist, Noah Green, and his grandmother, Carol Powder, have been taking the internet by storm and wowing audiences all across Turtle Island.

Singing by eight months old and having his own drum months later, Noah began performing live at the age of two. Steeped in traditional Cree music and culture, Carol has taught all of her children and grandchildren, and was herself trained at a young age by her then ninety-nine year old grandfather. “In the future, you’re going to be a singer”, she recalls him saying. “You’re going to help bring these women back to the drum because that’s where they belong. Children belong there. Why? Because that’s the only time anyone’s going to heal.”

For the past few years the group have been playing non-stop around their hometown of Edmonton, at both traditional powwow events and as a go-to artist at events in support of women’s rights, the environment and the marginalized of society. Channeling the authentic spirit of Cree music and its healing power to unite people, the group’s powerful performances have often brought audience members to tears.

In October 2019 Chubby Cree played to five thousand people gathered outside the Alberta legislature building, opening for environmentalist Greta Thunberg. With that performance the group attracted national press coverage, and the video took off online, receiving over a million views. Since then, the group has gone viral numerous times on platforms such as Tik Tok and Reddit.

The viral fame has not undone the close family bond that exists. Living under one roof with 10 other family members, they regularly practice and perform together. Carol hopes future generations will continue the tradition, so that it is not lost, bringing people together through healing and artistic connection.

Now with the world watching the group has attracted international attention from both fans and the music industry alike. The group recently signed with label and management company, Unbelievably Spectacular, and have been fielding calls from the Ellen Degeneres Show, Little Big People television and “America’s Got Talent”. They’re also heading into the studio with multi platinum, Grammy award winning Indigenous producer David Strickland, best known for his work with artists like Drake, Sade, Method Man and many more.

This is a riveting and heartwarming story in the making; of courage, determination and raw talent, fused with keeping a valuable heritage alive and paying it forward into the future. We will be there as it unfolds. 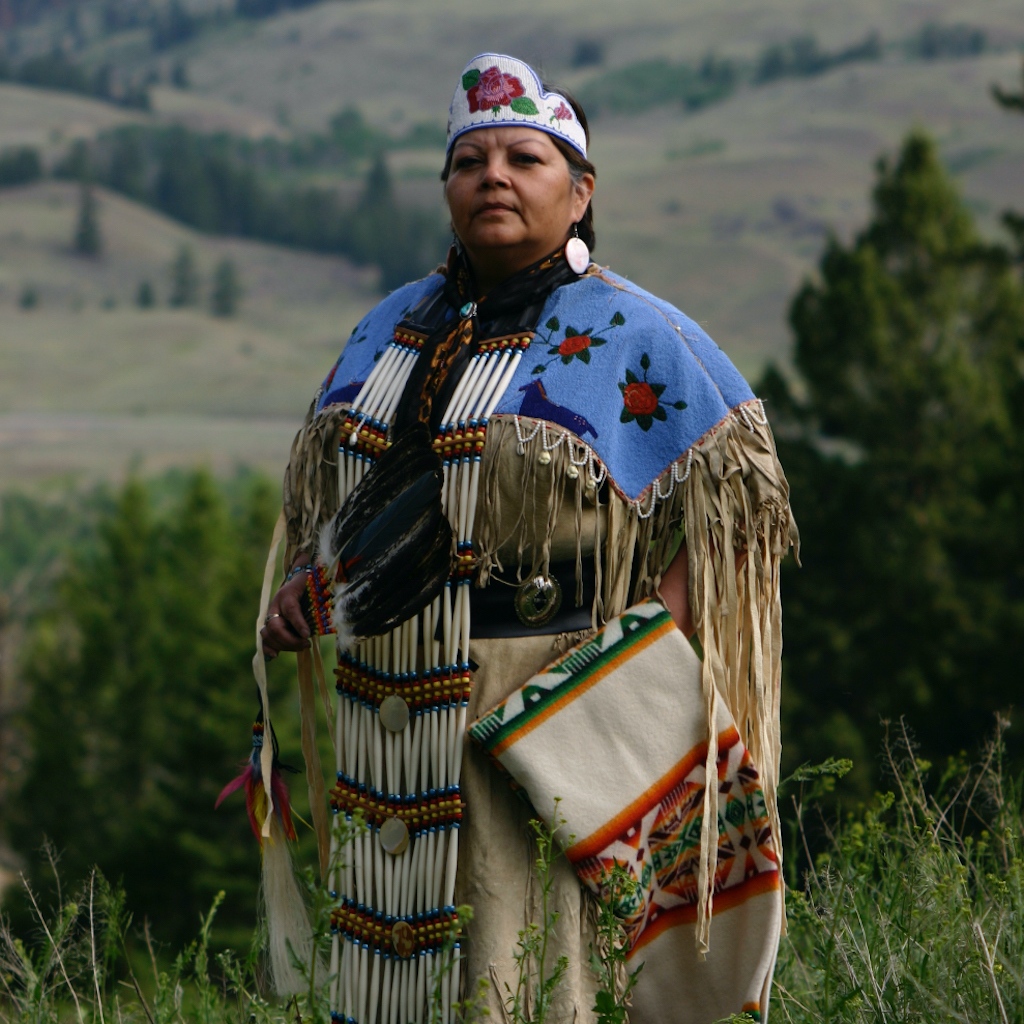 “Weytk ren skwest es Kiye’y7e Qwisp Nu’xwenxw ell Jo-Anne Gottfriedson Tk’emlu’psemc te Secwepemc. I am extremely proud to be Tk’emlu’psemc. I am a proud mother of two daughters, and a grandmother of five grandsons and a beautiful granddaughter. I also have many adopted children and grandchildren from various nations across the country. I am married to Reverend James Isbister from the Cree Nation, Ahtahakakoop Sandy Lake, Saskatchewan.”

Jo-Anne was educated at Simon Fraser University. She is a Certified Provincial Adult Instructor and a member in good standing with the BC College of Teachers. She instructed the Secwepemc language and culture at the Sk’elep School of Excellence for five years, was a faculty member at the Nicola Valley Technology Institute in Merritt, BC and an Instructor for Aboriginal Tourism BC. Most recently she worked with the First Nations Health Authority as part of a team who developed and taught the Indigenous End-Of-Life Guide Program, offered in partnership with the Continuing Education Department at Douglas College. For the past 11 years she was also the Executive Chair of the Day Scholar Certified Class Action for Tk’emlúps te Secwepemc, Sechelt First Nation and James Cree.

Jo-Anne credits her traditional education to the persistence and commitment of her parents, grandparents and various other Elders and teachers. Her accomplishments are testimony to her belief that formal education compliments traditional education, and that the traditions, beliefs, teaching and language of her ancestors is just as, or more important than any other education she has received. “My commitment and respect for my culture and traditions is of the utmost importance in all aspects of my life … I not only teach it, but live it with my family, community and nation.” 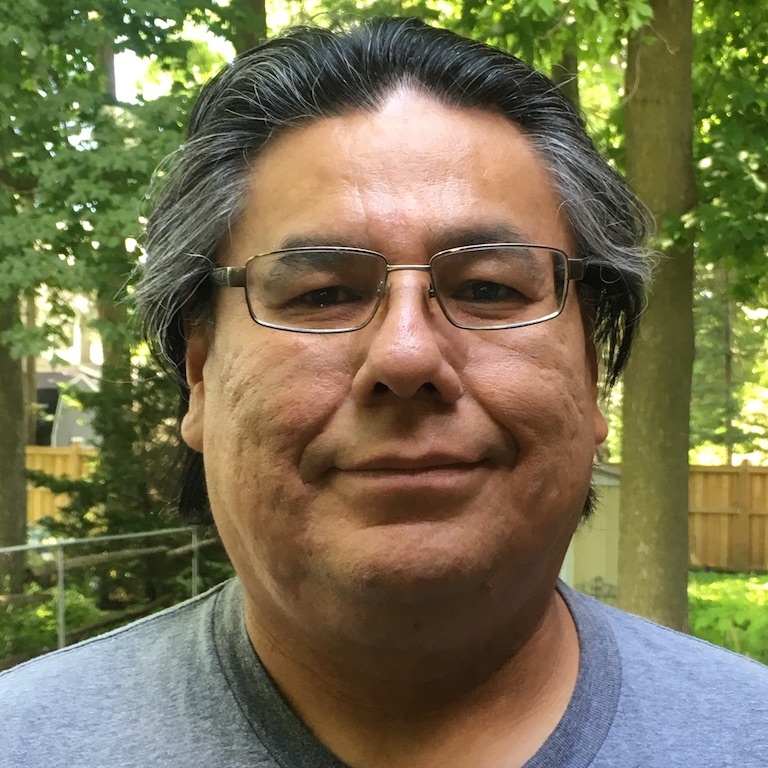 Joe Keesickquayash, is of Ojibway and Cree background from Mishkeegogamang Ontario, and Red Sucker Lake, Manitoba. He is a father of five and has one grandchild. Joe graduated from the University of Toronto with a degree in Indigenous Studies and History. Currently Joe is working towards starting his own Indigenous craft business, and attends traditional ceremonies throughout the year.

In 2017, Joe and his family experienced the loss of their three year old son, who was born with a rare genetic condition During his son’s odyssey, Joe and his family remained hopeful that a diagnosis would be found to bring understanding to their son’s medical journey, and more so, to help support their grief journey.

Although the path to find a diagnosis was challenging as a father, Joe hopes that by sharing his grief journey, and his traditional approaches to understanding grief, he can help others who are experiencing grief and loss. 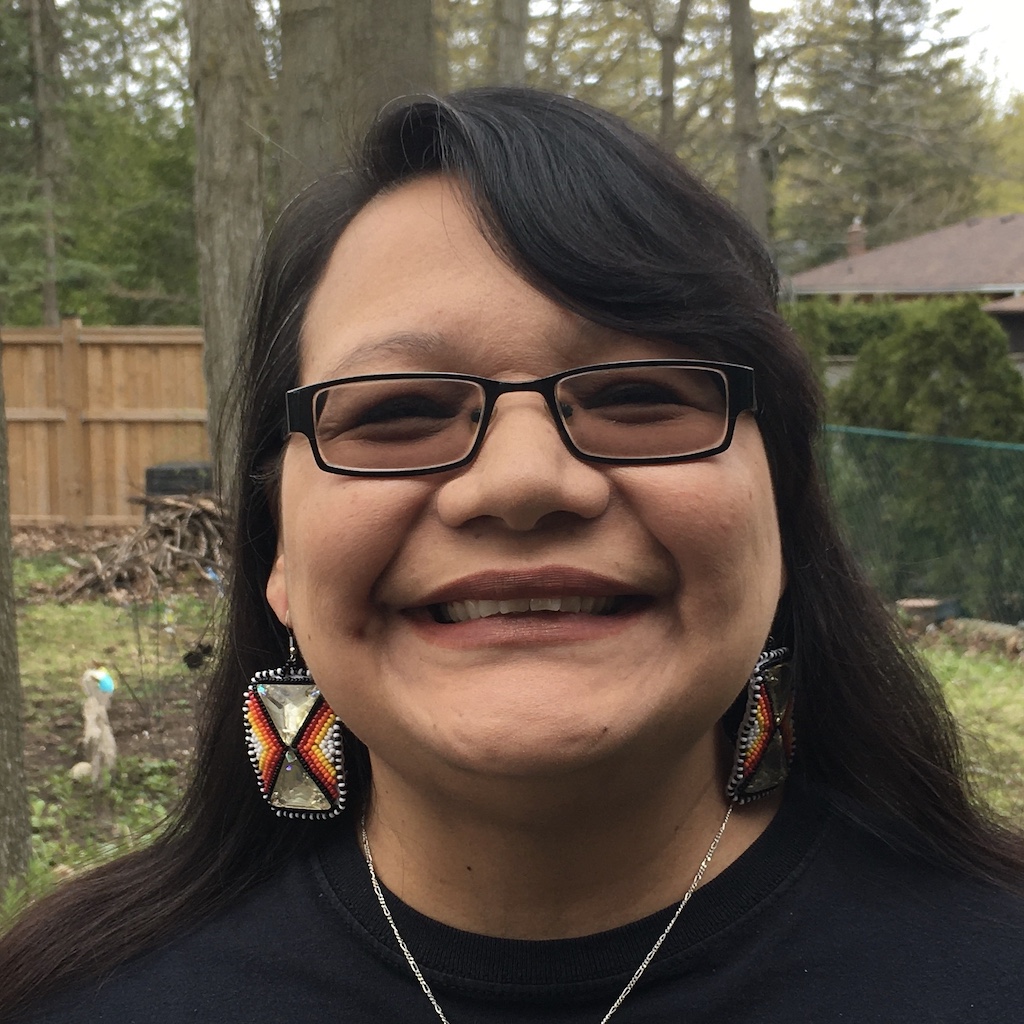 Susan Dowan is of Swampy Cree background from Opaskwayak Cree Nation and Gods Lake Narrows – located in Manitoba’s Treaty 5 territory. She is a mother of five and grandmother of one.  After graduating from the University of Toronto, she worked with Indigenous women and families at risk of violence for a number of years. Currently Susan works for a reconciliation project called Circles for Reconciliation. 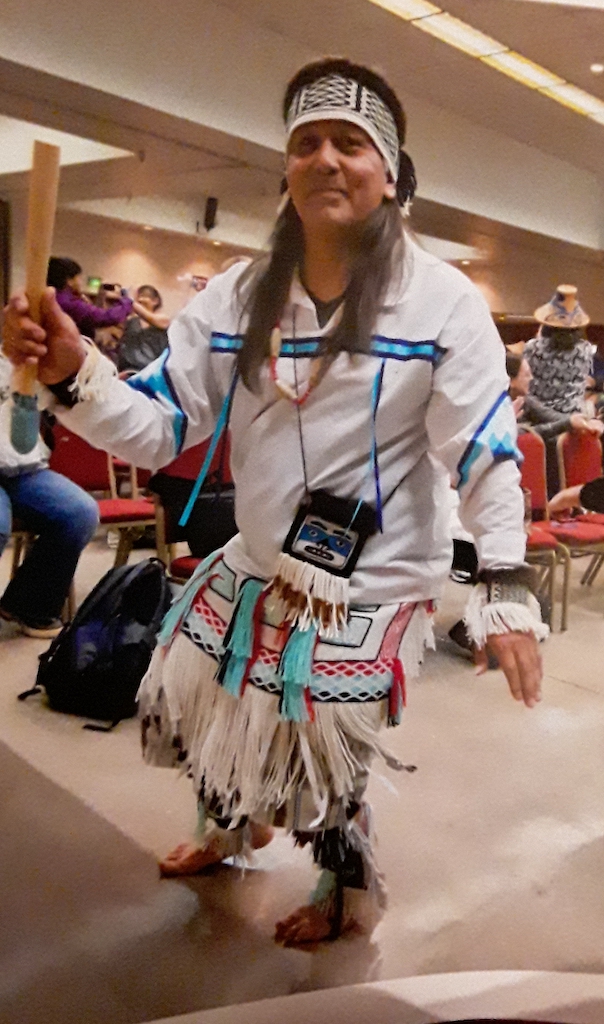 His work involves traditional teachings that  have been passed down from wonderful mentors. Vernon offers brushings with feather or cedar fan for water cleansing, he leads fire ceremonies and is an artist of drum making, flutes, rattles and protection necklaces.
Vernon has participated in Sundance in Minestikwan and Sweet Grass, Saskatchewan. He is a brother in Ceremony to many Mayan who are now family. He offers songs with drum, rattle and flutes to provide peace and wellness when needed.
Register Now