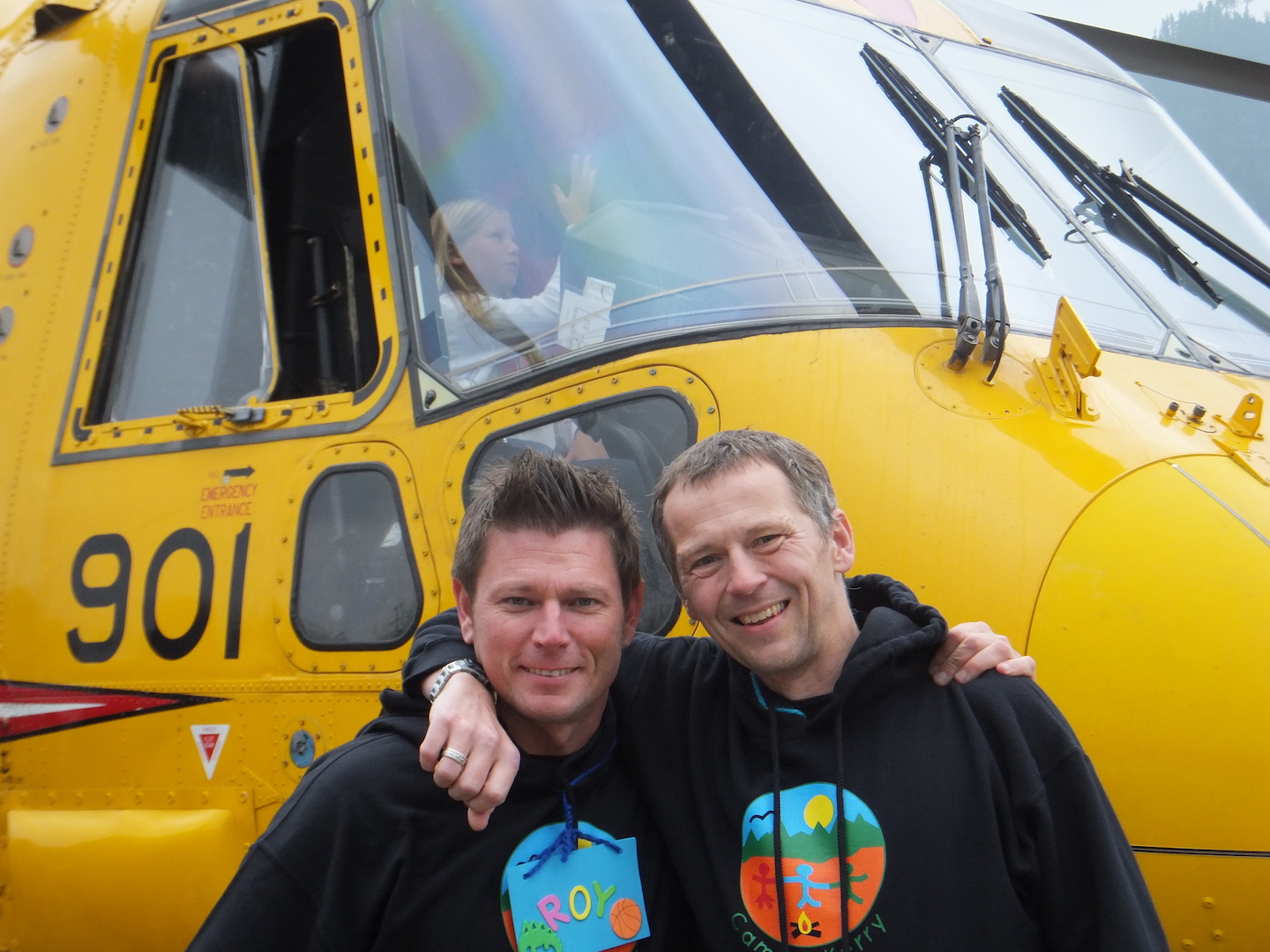 The Camp Kerry Society would like to congratulate Brad A. Falconer and Roy S. Klohn for their outstanding achievements. It was recently brought to our attention that these two members of the Camp Kerry team received the Queen Elizabeth II Diamond Jubilee Medal from His Excellency, the Right Honourable David Johnston, Governor General of Canada this past July.

Both of these men work for Canadian Coast Guard as Search & Rescue Specialists and have performed as an integral part of the Camp Kerry team since becoming members. Brad has been volunteering with us since the fall of 2010 and Roy since the fall of 2011. Not only have these guys generously contributed their time, energy and expertise with the families who attend our annual bereavement retreat in British Columbia, but they have also gone the extra mile to organize special events for us over the past three years.

When Brad first became a volunteer with the Camp Kerry Society he said that he wanted to do something special for the children and that he did. Brad put in a request to the Coast Guard asking that a Hover Craft pay a visit. Brad’s determination and effort was successful and well received. The arrival of the Hover Craft was such a memorable experience for both the staff and the families who attended Camp that year that many claimed it to be one of the biggest highlights of their life.

Over the past two years, Brad and Roy have worked together with their colleagues to bring a Cormorant helicopter to Camp Kerry. It has been amazing, and each year the duo adds another element of surprise. This year the enormous helicopter arrived and propelled a man out from it while hovering in the air. This is something that most people don’t get to see everyday, yet something that the brave men and woman of the Canadian Coast Guard do on a daily basis. The primary goal of Search and Rescue Specialists is to save lives in the maritime environment, which is an enormous responsibility and a service in our country that we are fortunate to have. Unfortunately, not every incident is preventable, and at times Brad and Roy have to do the unthinkable and undergo the difficult task of retrieving bodies.

Brad and Roy have said that Camp Kerry has been a healing experience for them because they are provided with an opportunity to witness families mend from their losses, which in turn provides them with hope and inspiration. They’ll do anything that’s asked of them whether that’s providing first aid, fishing with the kids early in the morning, doing photography, or wearing lipstick and costumes that are several sizes too small simply to put smiles on everyones faces as they participate in the family olympics.

Brad and Roy are exceptional members of our team and appear to be very humble, and perhaps that is why we didn’t hear about them receiving their awards at the time they were issued and why we only bring you this news now. Once again, congratulations Brad and Roy. We look forward to seeing you again next year!